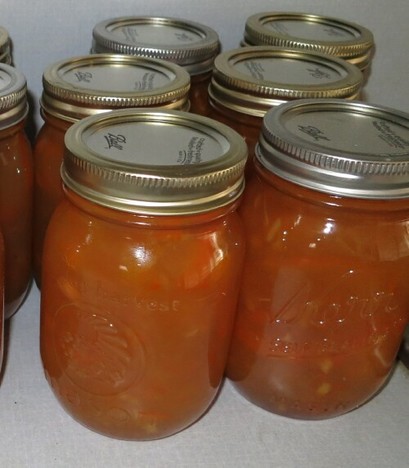 Seville orange marmalade
I have been making marmalade for many years. I first tried with the sour orange fruit grown in Texas. These sour oranges are most often used as a citrus rootstock. I went so far as to grow a sour orange tree from seed and wait until it fruited to insure a good supply of fruit. The marmalade just was too sour no matter how much sugar I added. I started using changshou kumquats as I have a mature tree. Changshou makes a very large fruit for a kumquat with some as large as a satsuma. The marmalade is very tasty and sweet.

This year I came across the real deal seville oranges from a grower in California, ripetoyou.com. I got enough for 3 batches, about 7 oranges per batch. Note that I use commercial pectin when it is not really necessary for marmalade making.  Using the pectin allows me to cook the marmalade less resulting in a fresher taste.

I finally figured out the cause of too sour seville marmalade. It was not waiting until the fruit were mature. If the fruit are left on the tree until March the marmalade is just right and not too sour .

1) Juice fruit. Slice peels with 3mm quisinart cutting blade. Take 1/4 of peels and mince.
2) In a large stockpot, add the orange peel, juice, water and salt. Simmer until the peels are translucent, about 20 minutes
3) Mix pectin with sugar, add to stockpot and bring to a full boil again for 1 minute
4) Remove from heat and ladle into clean jars. I don't bother to process the jars as I store in the freezer to preserve freshness.