Will be getting an Eagle highwheel bike soon. This is a reproduction Kennedy Eagle made back in the 70s. It is identical to the original so far as I can tell. The Eagle highwheel has the small wheel in the front. How in the world do you get up on an Eagle? Hoist yourself up by stepping on the pedal of course since their is no peg to step on. The guy I'm buying the Eagle from never learned to ride it, brittle bones I think or doesn't like falling from 5 feet tall.
Now I got rid of one high wheel and am buying another. Hadn't ridden either in 5 or more years. But damn are they cool, especially one with a wheel in the front!

"Get a bicycle.  You won't regret it if you live."  Mark Twain

MrTexas has an antique 1889 54 inch high wheel bicycle. He can now be seen cycling around the neighborhood on his 54s scaring dogs and children as often as he can.  He always wears a helmet though. Sadly the high wheel era was over by the 1890s as the familiar modern bicycle came out originally known as the "safety" bicycle.

Dapper guy in the 1880s posing next to his high wheel bike.

My English 1889 Royal Mail with me on it in Bolder,CO.  It is one of the better examples of a late ordinary
as it has ball bearings in the head and cranks and a very ornate mustache style handlebars.

Nickel plated Kennedy 54" high wheel bike.  Very close to an antique in looks and ride.  I upgraded it to mustache handle bars and replaced the missing brake spoon. The son of the builder still sells parts! A reproduction built in the 1970s. Now sadly sold. Got two bike boxes from the local bike shop and shipped it to Indiana by Forward Air.

This is a Star "safety" high wheel. I wish I had one

Ouch! This is called doing a header 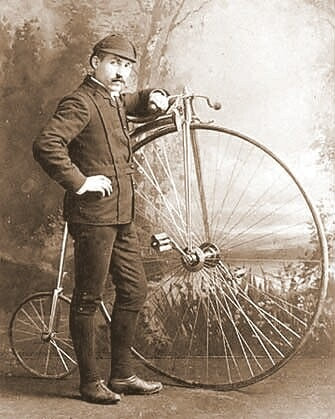 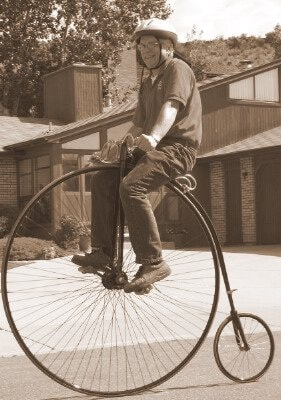 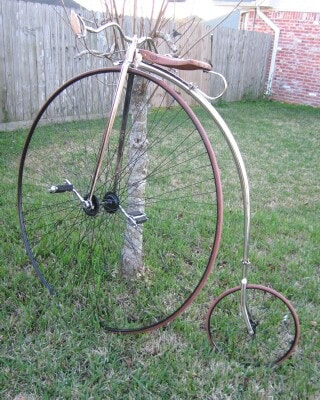 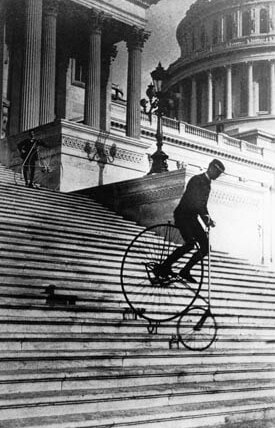 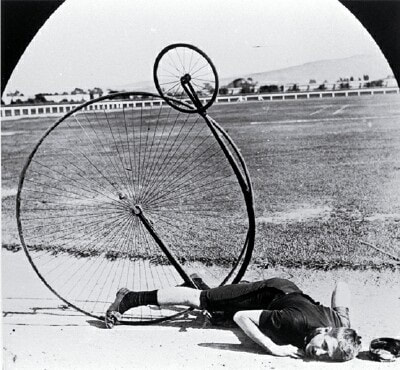 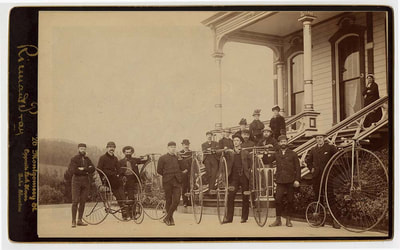 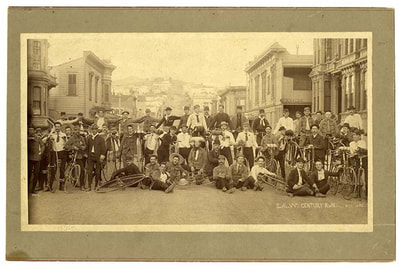 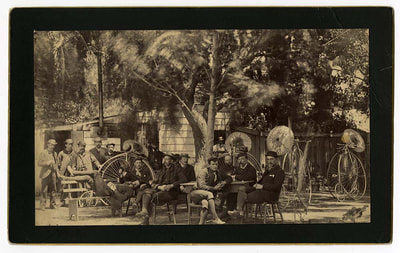 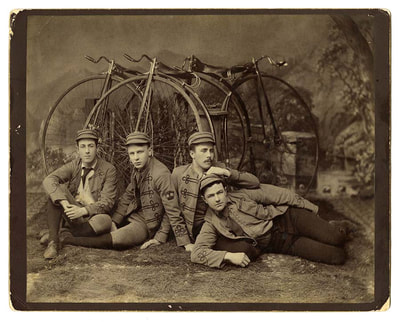 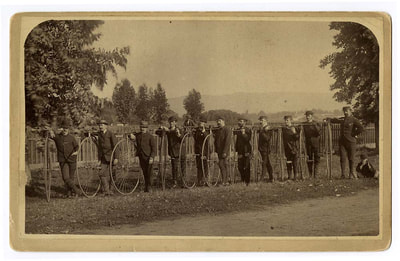 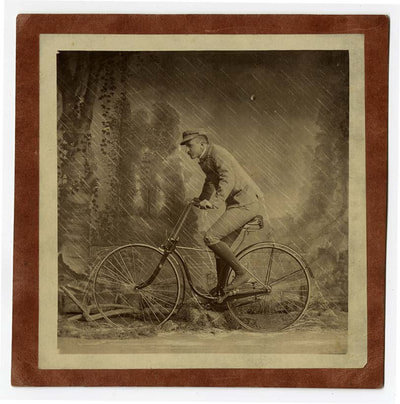 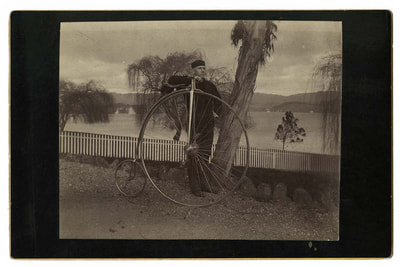 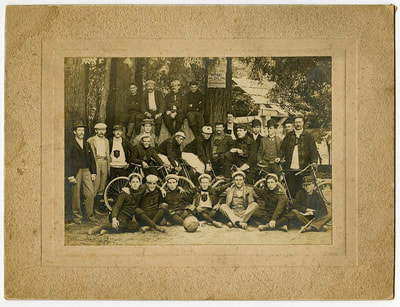 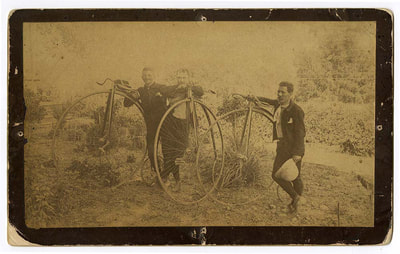 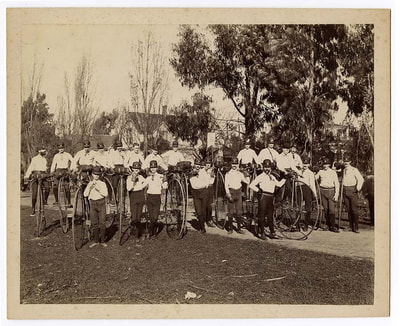 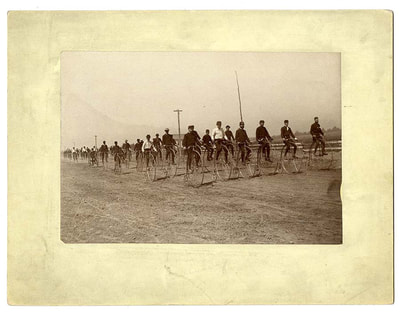