From GardenWeb circa 2007 Here is my 2ct worth after growing about 8 or 10 Ison muscadine varieties and a couple bunch grapes not requiring spraying. You may get a little production in the 2nd year but full max in 3-4 years. I like the bronze ones for fresh eating and the black ones for jelly. I think the best use for them is jelly. I like muscadine marmalaide including the skin the best. They don't taste as good as grocery store grapes to me and have large seeds of course. But I eat them anyway as I can't grow any grocery store grapes here near Houston due to pierce's disease. The taste of all I've tried is very, very similar, note I don't rate taste. Muscadines also require no sprays, another plus. Last year I had hundreds of pounds, enough that the birds couldn't eat them all, although the possums tried to. My vines are 4 or 5 years old.
Supreme(black female), nice large berries, vine not vigorous
Late fry(bronze self fertile) vigorous grower and producer of lots of berries
Pam(bronze female) average, berries small
Granny Val(bronze self fertile) not up to par, took it out.
Sweet Jenny(bronze female)not much production yet, don't remember much about this one
Ison(black self fertile) even ripening, not great for fresh eating
Darlene(bronze female) excellent for fresh eating, not too vigorous, thin edible skin my favorite bronze, dry scar
Black beauty(female), my favorite black one due to large and many berries, dry scar
Dixie Red(bronze self fert6ile) not really red, produced 2nd year, heavy producer but wet scar meaning skin pulls off when picked. I pulled this one up
Higgins, black, a loser, grapes ripen over a very long period.

Bunch grapes(not muscadines)
Mortenson bunch grape, a real loser but no pierce's disease. Produces big bunches of sour green grapes. Skin is really sour. Ripped it out already. Some nurseries in Houston continue to push this one. I don't know why! I think it is a hoax not worth growing.
Champanelle no spraying or pierce's disease but grapes never get sweet and are good only for jelly. Ripped this one out as well.
Recommendations:
Plant any muscadine Ison's sells. They don't sell a bad one.
Plant just one: late fry self fertile
Plant two: late fry and darlene or black beauty
Plant three: late fry, darlene and black beauty.
Would like to try: pineapple
My plans after next year: keep the black beauty, darlene, supreme, maybe the sweet jenny if it proves itself, and late fry. Pull up the rest. I had planned from the beginning on keeping only about the 3 or 4 I liked best out of the 9 planted. I planted more to get more production sooner. I'll let the remaining vines grow to 30-40 feet long. Another poster: "The same with Mortenson - Edible Landscaping says it is "the best grape to grow for great taste and large fruit in the southern U.S., including Houston... The fruit is tasty and sweet..." Is there a good explanation for this? Perhaps I should look at catalogs with a little more suspicion. Call me gullible." I'd say the Mortenson grape is the best LOOKING grape you can grow for large fruit in the south. I'm not the only one I know who has pulled it up because the fruit is inedible fresh unless you squeeze out the middle and throw away the skin. IMHO Ison grape tasted worst out of the muscadines I have grown. It's easy to exaggerate when you are selling, especially something that won't bear for 3 years. Did you ever read the Oregon Exotics catalog? Best example of creative exaggeration(lies) I've ever seen in a garden catalog. 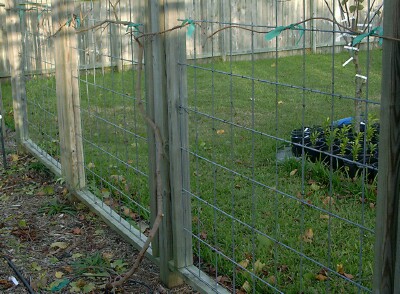 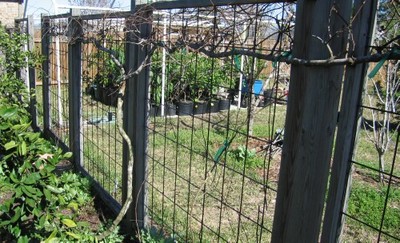 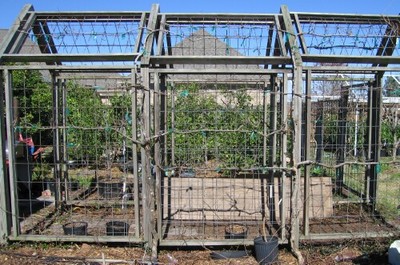 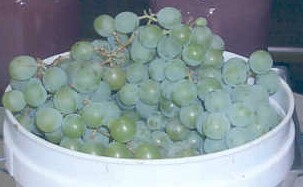